In 1954, the U.S. Supreme Court declared racial segregation in public schools unconstitutional. In the 1970s and 1980s, and under federal court supervision, many school districts started implementing mandatory busing plans within their district. This busing system would force children of Pasadena, who attended public schools, to take the bus in order to encourage integration of all the different races that lived in the city.

The busing proposition in Pasadena brought mixed emotions for its citizens. Although many were happy about the social progression that was occurring in this town, it may have indirectly kept, if not increased, some of the segregation within the city.

Private schools were not included in this new plan, and because of that, people who didn’t agree with the plan — and could afford it — sent their kids to affluent private schools. This lead to around 30 private schools (currently 53) being present in the city of Pasadena.

Throughout the testing and applying of this plan in the city, buses started taking fewer and fewer of the privileged children, generally white at the time. This gradually showed that the busing system ended up busing less fortunate families, blacks, Hispanics and other minorities, causing the plan to contradict its purpose and continue the segregation in the area rather than improve and integrate it.

Although the idea had great potential, it did not deliver as well as it was projected to and had caused the city to take a step back. The controversy even continued later on in 2002, when city officials decided to come together and attempt to revise or find a solution from there. However, over 40 years later, the issue still remains unsolved.

Roxanne Elhachem, born and raised in Burbank, has a Bachelor’s degree in Television and Broadcast Journalism with a minor in Business Administration from Chapman University.

> Below is a news clip from 1970 that focuses on the start of desegregation-via-busing in the Pasadena school district and the signing of an anti-busing bill by then California Governor Ronald Reagan. The clip also features McKinley School, Al Lowe and Frank C. Crowburst among others.

Roxanne Elhachem
Colorado Boulevard is your place for enlightening events, informative news and social living for the greater Pasadena area.
We strive to inform, educate, and work together to make a better world for all of us, locally and globally. 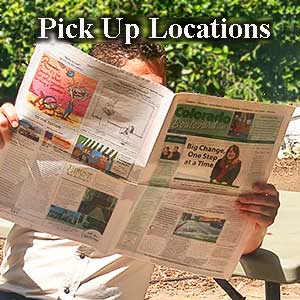